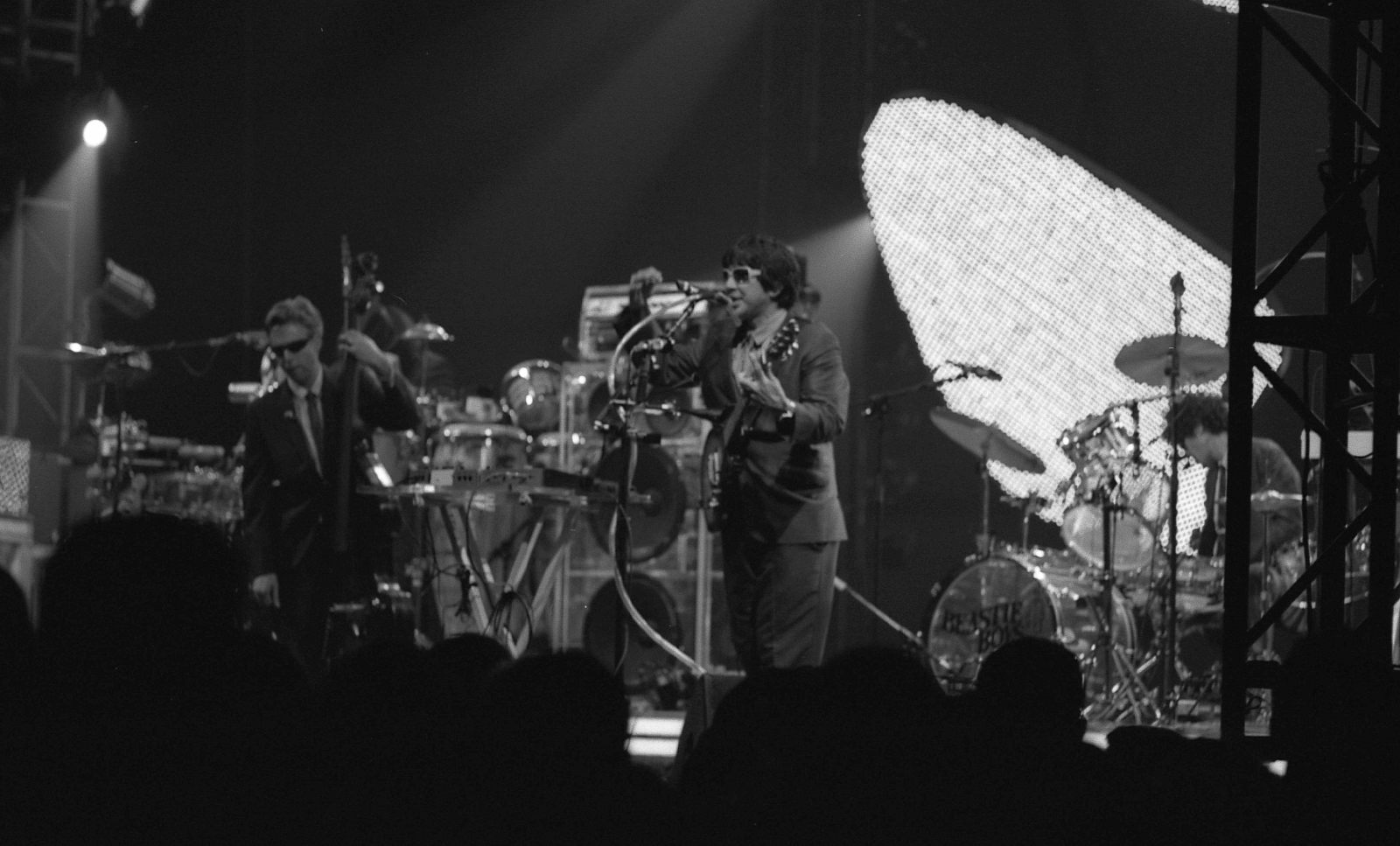 beastie boys as seen (and heard) on heineken festival in gdynia, poland 2007, promoting their just released full-instrumental album "the mix up". these photos are exclusively from the second night they were performing, more exclusive, more intimate. this was more like quality time, our time, just you and the band sitting by a fire on a tropical beach late at night being serenaded with love songs. these shows are for people that are into their weird stuff. some songs have had vocals, others entirely instrumental. already here in europe, people have called the beasties liars for playing songs with vocals during their so called "instrumental" shows, so be it. they lie and are proud of it. anyways, if you'd like to come to one of these shows, then dress to impress, wear a suit, a tie, a dress, your granma's broach or whatever you feel good in... BUT PLEASE leave your cargo shorts, birkenstocks and t-shirts at home, this is not that kind of party.